Skip to main content
About
Saint Agnes Medical Center is a member of Trinity Health, the second-largest Catholic healthcare system in the United States. Saint Agnes has provided the highest quality and most compassionate care for Valley residents for over nine decades.
Industry
Hospital & Healthcare
Company Size
1,100+ employees
Key Results
"Qualifi works while I'm doing a full-blown interview with somebody else, and that is saving me at least 45 minutes to an hour of work because I haven't had to schedule it, I haven't had to wait for them to answer. I'm not answering additional questions; I am just phone screening."

Saint Agnes is a member of Trinity Health, the second-largest Catholic healthcare system in the United States. When Qualifi became part of their recruiting tool kit, they saw massive changes.

‍Previously
It could have taken weeks to gather 50-60 responses for phone interviews.

Now
All of their responses are gathered in days and the team is able to screen candidates 24/7.

Saint Agnes is constantly expanding. Which creates an ever-moving finish line for recruiters. "We just keep getting more and more positions every single day, and we need some help," says Jena Torres, Senior Talent Acquisition Partner.

They searched for a tool that would expedite the recruiting process. Every hour given back to their recruiters was desperately needed. Qualifi was able to step in and speed up the most time-consuming portion of their candidate review cycle.

"With the sheer number of open positions we have right now, we couldn't keep our regular process in place in order to do our jobs effectively. We needed a change." — Jena

When Saint Agnes brought Qualifi onboard, they hit the ground running with their new tool.

Recruiters at Saint Agnes found that they could continue working on other pressing tasks while Qualifi handled round one of interview scheduling, gathering, and organizing for them.

"Qualifi works while I'm doing a full-blown interview with somebody else, and that is saving me at least 45 minutes to an hour of work because I haven't had to schedule it," says Alison. "I haven't had to wait for them to answer. I'm not answering additional questions; I am just phone screening."

Multitasking during the interview process allows Saint Agnes to find the candidates who are the best fit for their organization.

"The team feels more productive. They're getting more done in a day than they ever have because they've been able to just focus on what they need to." — Alison

Recruiters can have Qualifi working for them 24/7. Before recruiters leave for the weekend, they can send out interview invites and come back Monday morning to the first round of interviews completed and ready for review.

"From a leadership standpoint, the return on investment is phenomenal," says Alison. Qualifi allows Alison to return 20 minutes to the recruitment team with each phone interview completed. "They can spend 20 more minutes with a nurse trying to build a pipeline." When the entire team can spend a little more time bringing in the right candidates, it impacts the organization as a whole.

"Qualifi is freeing up a recruiter's time to develop relationships with people who really want to be at Saint Agnes." — Alison

The time saved, new hires onboarded, and smooth workflows speak for themselves, but one of the things that keeps Saint Agnes using Qualifi is our commitment to hearing our customers and making positive changes. "The Qualifi upgrades are always well thought out, and you really listen to feedback to make changes," says Alison. "I think that's fantastic."

"Out of all the tools that the Saint Agnes team uses, if I were to take this one away, this is the only tool the team would rebel against me to keep. Every other tool they would be like, 'Yeah. Okay. I can get around that.' This, I think I would have a major rebellion. — Alison

Want to to 5x your candidate pipeline? 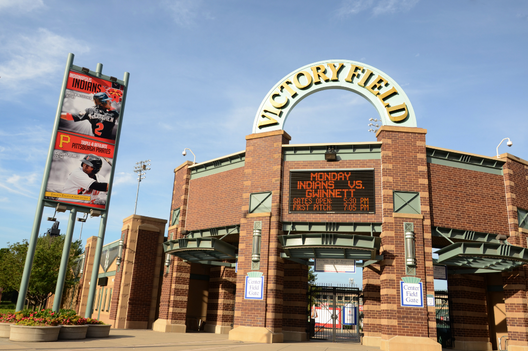